I follow Dr Kong. The bunker door we go through leads into Sanitation Room where electronic machines scan my body of any foreign material that I might have carried from my London tour.

Dr Kong waits for me outside the mantrap, savouring the moment on the screens overhead.

I step outside the mantrap and dress in new cloths.

“Step to the door and look at the camera up there,” Dr Kong tells me.

I do as I am told and wait.

Facial identity confirmed. Place your right hand on the pad on the wall, the electronic voice tells me. On the wall near the door there is a glowing square. I place my hand there and wait.

Biometrics confirmed. Proceed with optical scans. A bright green ray of light emanates from a globe that juts from the wall. I step forward and look through it.

The reinforced steel door clicks open with a soft whoosh. Dr Kong follows me inside. He slides his identity card into a slot and a button marked BASEMENT 25 lights.

There is a Basement 25 in this building?

We step into the elevator that opens and begins the descend into the underbelly of Nyayo House. What secrets are tucked in here?

“I never knew there was a floor below Basement 13,” I tell Dr Kong.

“There is a lot you don’t know, Angel,” he replies.

“But I’m your favourite project, you could let me in on a secret, couldn’t you?”

The elevator stops. It opens to a wide hallway and Dr Kong leads the way to a set of double doors. An electromagnetic bolt clicks open, and we enter a large conference room.

Three men and a woman are seated around an oval table—business suits, and one in military combat camouflage dress. I know one of them, his face is a favourite for the media. Dr Kong motions me to sit. 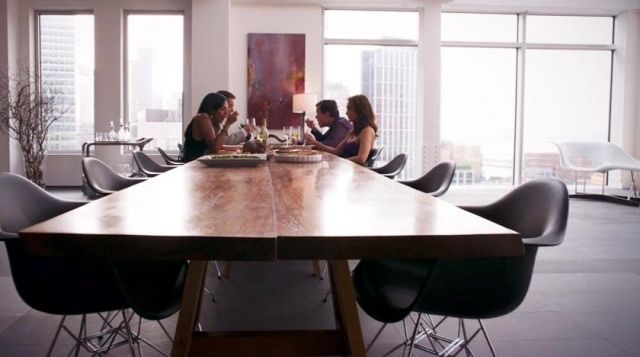 The woman, rail-thin in her sixties and wearing a blue lab coat, is the first to speak.

“Welcome back, Angel. Congratulations on your successful mission.”

Command must have gotten laid today.

“Your security clearance has been raised to SC13. You now have access to information that very few people in this country have.”

“Do you understand the magnitude of responsibility you now have?”

Make me understand, you’re very good at it. “Yes, Command. I understand.”

“We have heard a lot about you, Angel,” the DCI says. He’s always talking.

I stare at him.

“It was an excellent job you did in London,” the NIS boss says.

The military man looks at me as though he saw me somewhere in another life.

“I take it that you had an unexpected contact at the airport,” the man from the NIS says.

“Don’t worry about that,” Command says. “We know.”

The military man shoots me a disparaging look. “Leo’s leaving The Squad was morality-based, something it appears you have been grappling with.”

“What the DMI is saying, Angel, is that you’re now a member of the League of Assassins, a highly secret cabal of men and women who solve the world’s problems. The fact that you’re here in this underground tomb means we feel confident you can do the job, whatever it may be, without qualms.”

“Fair enough,” DMI says. Command touches a control box situated on the table before her. The lights dim, and a screen shows images and a video clip on the wall and on the table where I am.

I see Leo crossing a street at Eastleigh, make a hard left and disappear in the clothes stores. The images show him meeting with kaffiye’d and niqab’d figures.

“Leo needs to be eliminated. Care to guess why?” the military man says.

“He has killed all lion-tamers you send to him,” I say. “And you think I’m the right person for the job.”

“Spoken like a typically roguish agent. We don’t need to remind you of the many horrendous ways you could die,” Command says.

“You two have a history. You could easily get to him,” the NIS man says.

Before I can reply, the camera pans and shows Leo prying open a manhole lid, sliding inside like a snake, and covering it behind him. “The real reason Leo left is because he was angry he was doing the government’s ‘dirty work’. He joined the terrorists. DusitD2 Hotel attack on 14 Riverside Drive in Westlands, Nairobi on 15th January, 2019—it was him. The 2025 bombing of the Parliament building …?”

Command looks at me. “His continued living is a threat to national security.”

Blood drains from my face. I can’t kill him.

“You could have briefed me yourself,” I tell Command. “Why are they here?”

“Show, don’t tell. You needed to see the magnitude of this.”

I am properly debriefed, and briefed of my next mission.